…We stood in my mother’s living room and she said, “I’m getting in bed, Peg-a-Roo.  Fix me a ham and cheese sandwich on rye with mayonnaise and some potato chips and a cup of coffee.  Bring them to me in bed.  I’ve had a stomachache all day, but I just took my temperature, and it is ninety-eight point six.”

I was sixty years old, and had flown into Jacksonville, Florida the day before to visit my eighty-six year old mother in her brand-new cottage in a retirement center.  I was blind and had no idea where the refrigerator was, let alone the ham, the cheese, the rye bread, the mayonnaise, or the instant coffee.

I thought the kitchen was on my right, which turned out to be true, and I located a stove with a pot, a cup, and a jar of instant coffee on it.  Momma had never owned a tea kettle.  Feeling around carefully, I found a spigot and filled the pot halfway to the top with water.

“Well, I recently had a poem published in the retirement center magazine,” Momma said.  “It was called ‘On Envy.'”

“I’ll read it to you in a minute.  Out of 500 residents here, nobody even commented on it.  Don’t you like some recognition?”  Momma asked.

Momma must have turned on her Sirius radio, because it sounded like a Beethoven symphony was playing forth.  I stood still for a moment.  I wondered how Momma had handled my blindness without ever really saying how difficult it was for her. 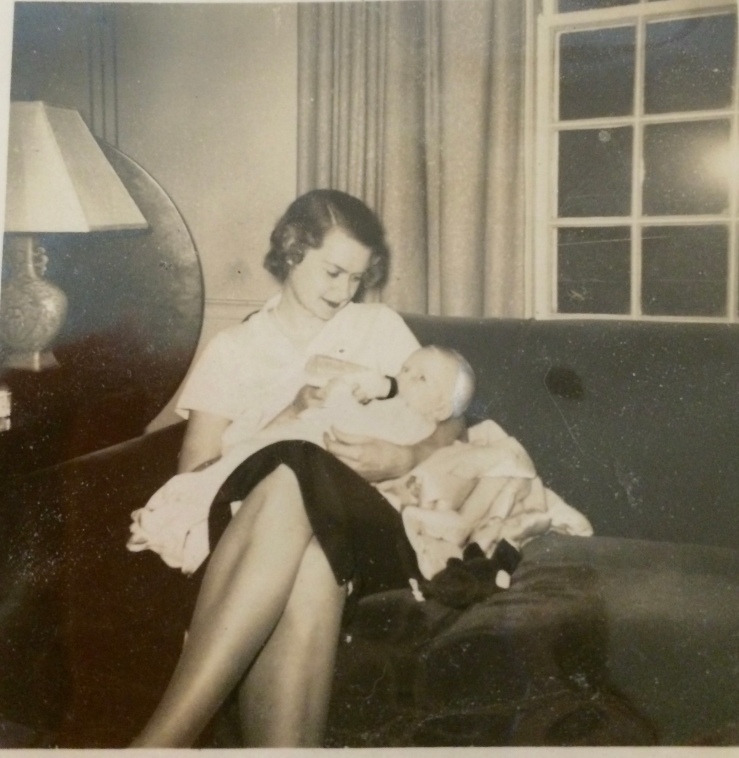 4 thoughts on “Mother/Daughter: Excerpts from Chapter 1”