…That night as Billy and I ate pot roast and potatoes and carrots on our TV trays, I told him about my day.  Billy seemed much older and wiser than I. “Those kids were mean to you,” Billy said. “You can’t help it if you can’t see. I’m going to  beat those kids up.” Well, I thought I might just tell those kids what my big brother had said.

In 1958, no kindergarten in America had accommodations for kids with disabilities. My mother had made a very interesting decision. She told me later that she hadn’t wanted me to live away from the family at a school for the blind. She had also wanted me to adjust to the sighted world starting at an early age. Certainly, I learned to live in the sighted world at a young age. However, I missed out on things by not going to a school for the blind, such as friendships with other blind children. Adults I know who attended schools for the blind have remained close to many of their blind classmates, but I have never had a close blind friend.

Things got worse at kindergarten. Before long it was October and Mrs. Brooks wanted us to cut out Halloween pumpkins and then paste them on a huge piece of paper on a wall.  I told Billy about it and he asked our grandfather if he would buy me a little plastic jack-o-lantern with a handle. My grandfather bought it for me and I loved feeling the eyes, nose, and mouth with teeth. Billy said the jack-o-lantern was orange and the eyes, nose, mouth and teeth were black. I proudly took my new toy to school but Mrs. Brooks said she didn’t know what we could do with it, because we couldn’t paste it on the wall with the other pumpkins. I wanted to cry but I never cried.

So, I just sat and listened to the other kids opening and closing their scissors as they cut away on construction paper. I did like the smell of paste and I tasted it one time. It tasted okay.

At Thanksgiving Mrs. Brooks had the class cut out construction paper turkeys and at Christmas she had the class cut out Christmas trees. I just sat and listened. After Christmas Mrs. Brooks said we would start practicing for a play.  Some of the girls would be sunbeams and wear yellow costumes and dance across the stage at the elementary school where we would perform the play. I asked Mrs. Brooks if I could be a sunbeam, but she said I wouldn’t be able to do the dancing. She said I would need to wear a blue dress and sing a song with John who would wear a blue seersucker jacket.

Grandmomma had told me that John seemed kind of retarded. I guessed that meant he was dumb because some of the kids in the class said he was dumb. When we added sums like two plus two and three plus three, he never seemed to know the answers. I asked Billy what “retarded” meant. He said he thought retarded people were dumb, but they couldn’t help it, so you shouldn’t make fun of them. 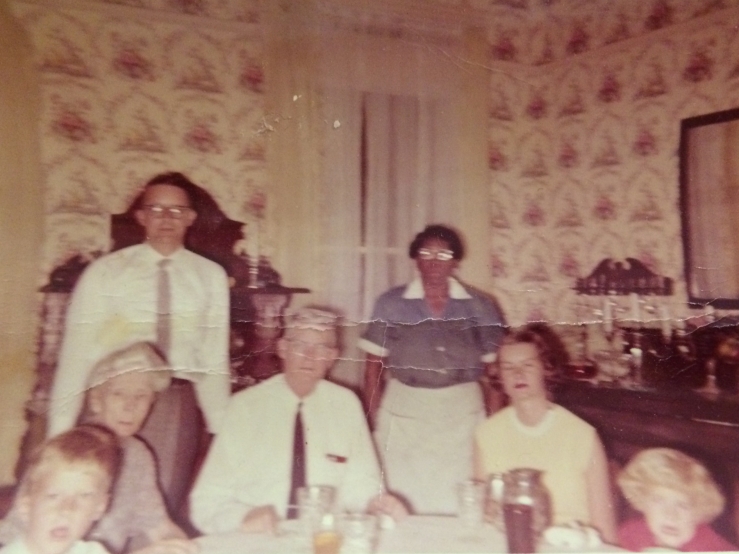 1 thought on “Exclusion: Excerpts from Chapter 10”